Between Caen and Lisieux

An exceptional site in the heart of Normandy

A unique example of a small and miraculously well-preserved seigniory,
Crèvecœur has survived to the present day, almost intact.

Access to the upper courtyard is via one single bridge. Home to the lord’s dwelling, it is protected by a moat and 12th century walls, with defensive loopholes.

The site’s agricultural function is also extensively evident. Indeed, the lower courtyard is home to a farm, a dovecote and a barn - which combine to form a fine architectural ensemble, highly representative of the region’s traditional half-timbered constructions. Originally protected by means of a mound surmounted with a wooden palisade, it offered the villagers a safe haven in the case of attack.

Normandy’s medieval history is here… alive, moving, captivating! An eventful history of around ten centuries, confirmed by documents and objects we have collected, from the 11th century - a prosperous period of donations to abbeys - to the 19th century publication of a book that tells the story of the English treasure. 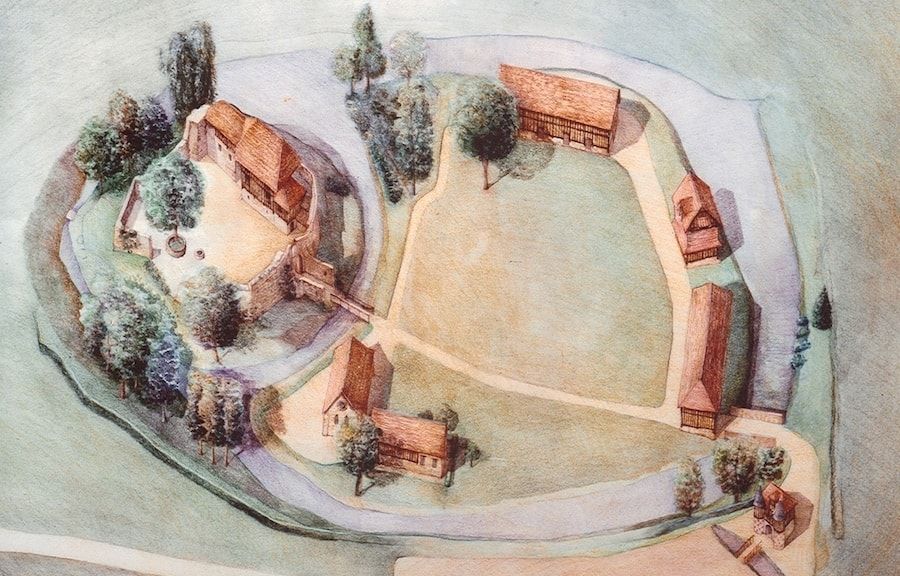 Please note, under current circumstances, games and interactive spaces are not accessible.
The opening hours as well as certain events have been modified. See our home page and agenda for more details.

The 16th gatehouse is flanked by two round turrets topped with a pointed roof. Boasting a portal, the ground floor was constructed with alternating brick and stone. The upper floor was constructed in timber paneling with the wall framing made of bars and fern leaves. The Gatehouse was moved then rebuilt outside the medieval site in 1973, this edifice comes from the castle of Beuvillers, 20 kms from here, near Lisieux. 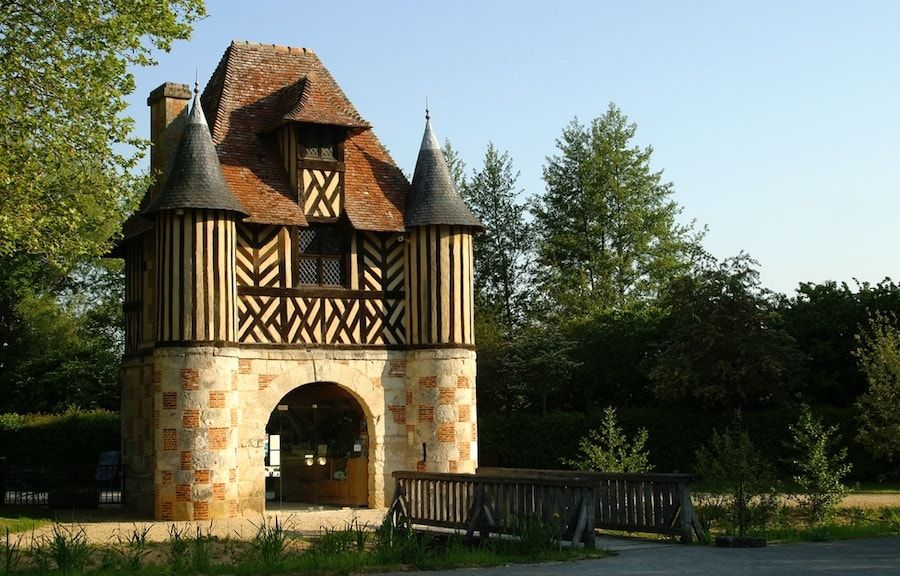 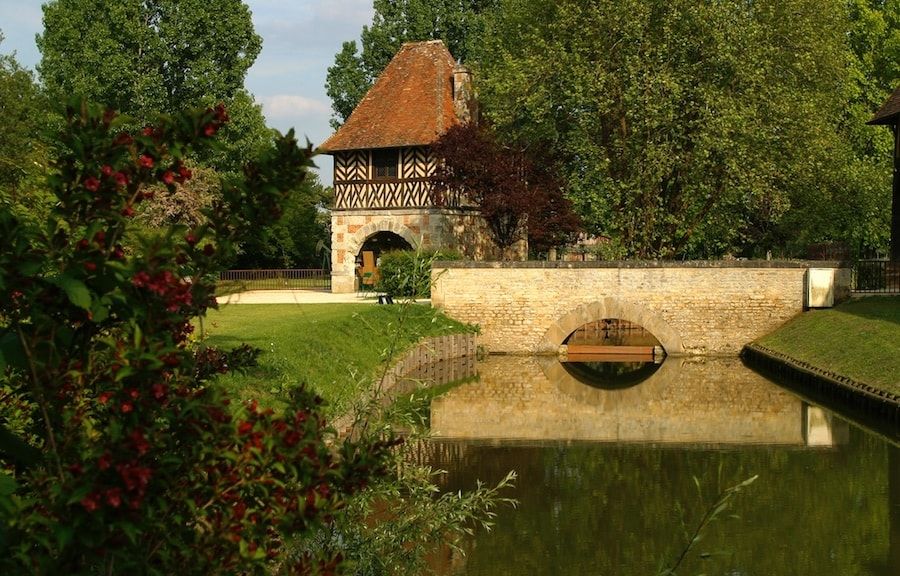 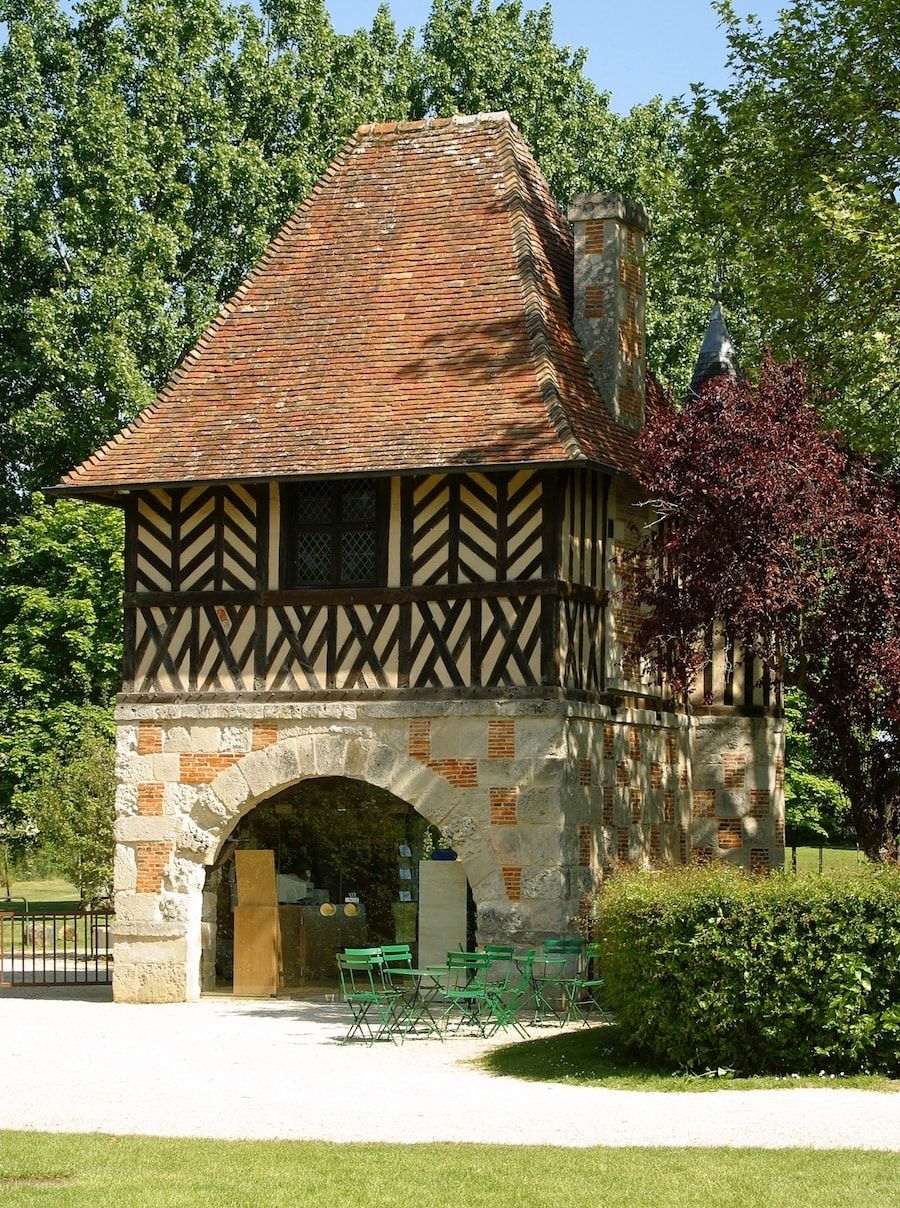 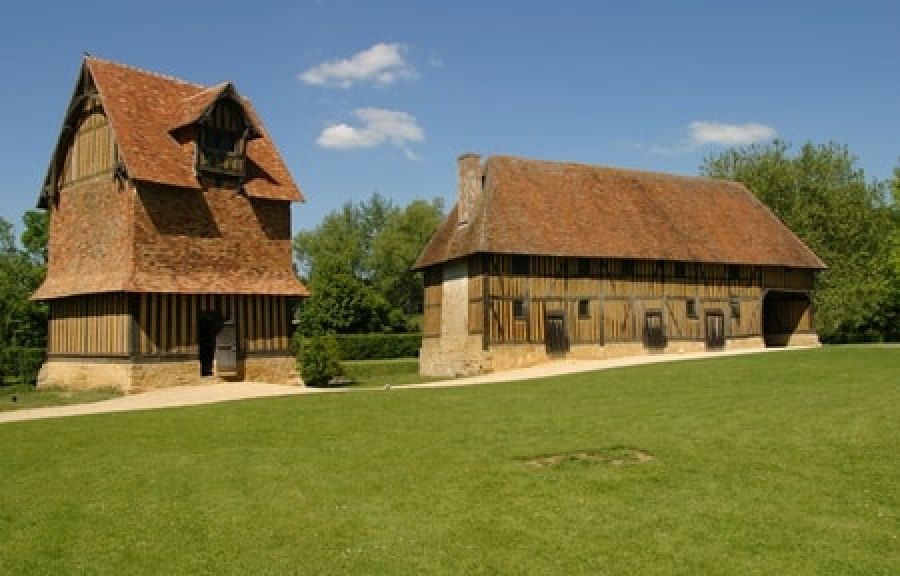 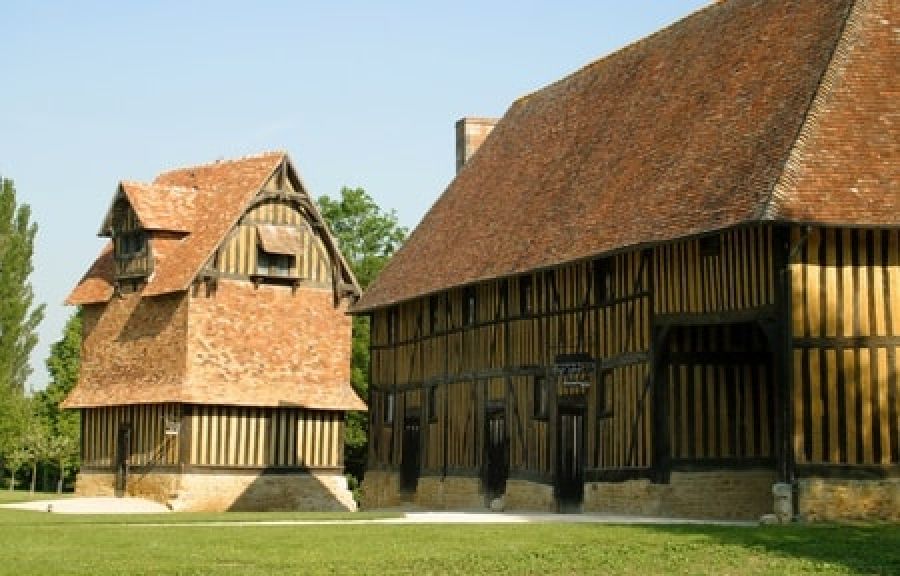 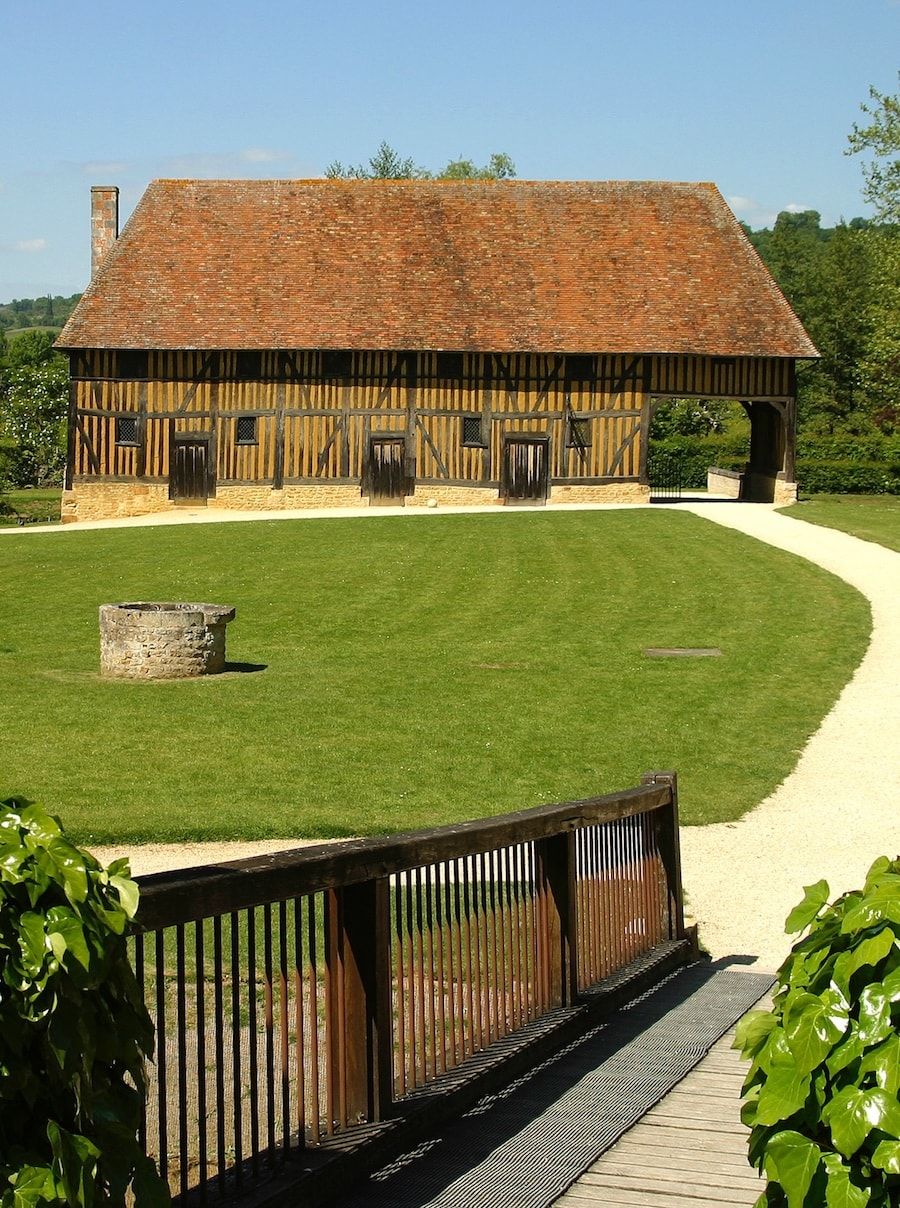 In Middle Ages the farm have two areas were divided by a partition and did not communicate. It is a mixed building associating living quarters and an agricultural purpose, with the stables and, above them, a large attic to store fodder. It was a relatively wealthy home. We know this because it comprises a living room on the ground floor with a mural fireplace, a luxurious fixture at the time. The upper floor is home to a bedroom which is accessed via an inside stair located to the right of the fireplace. The present building may have been reserved for the castle intendant.

In the Middle Ages, the dovecote housed the Lord’s pigeons. Owning a dovecote was a privilege reserved to noble people. And since the dovecote was a symbol of wealth, its construction was executed with great care. Inside, it measures a height of around 8 metres (that is 26 feet) and comprises 1,500 boulins (that is pigeon holes), each one to house a pair of pigeons. Thanks to its flight holes, located on the roof, the birds could leave the dovecote to look for food and protection from predators. 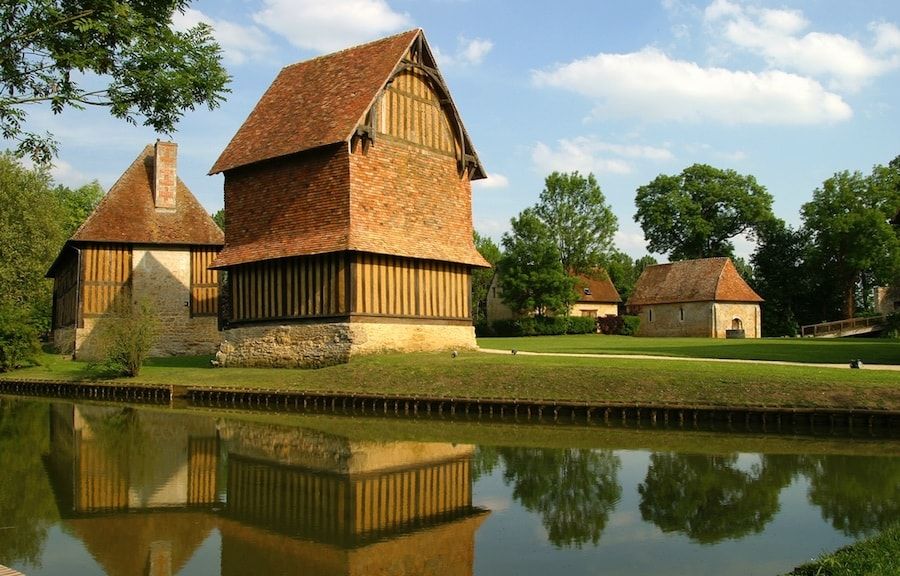 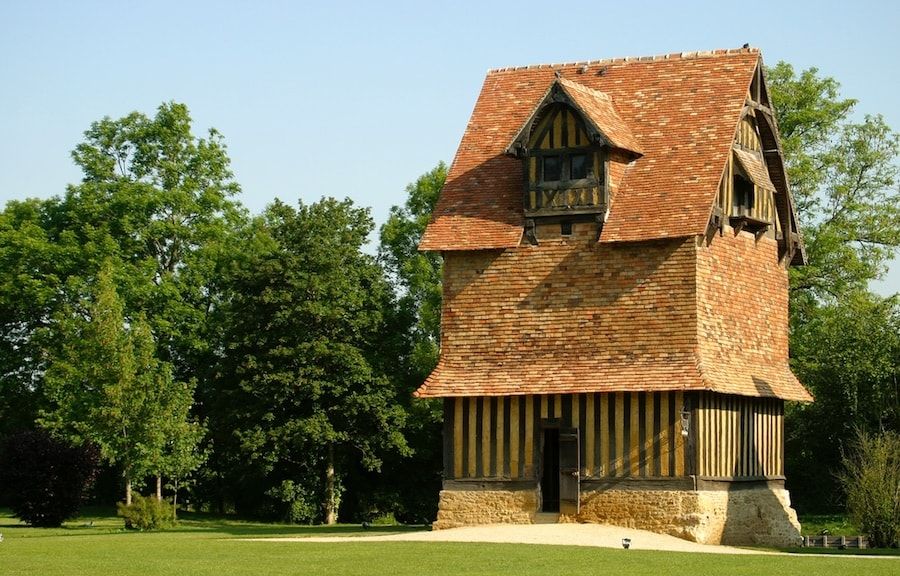 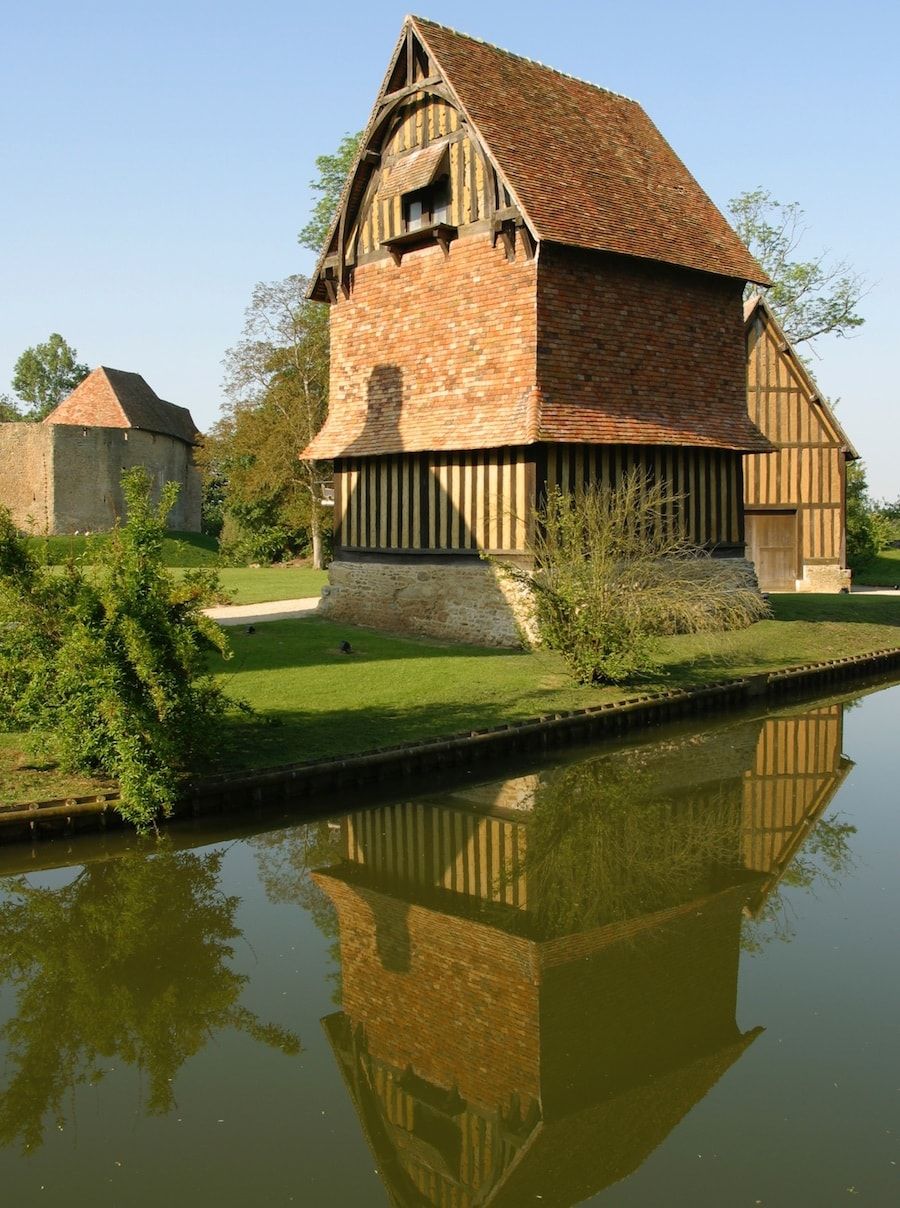 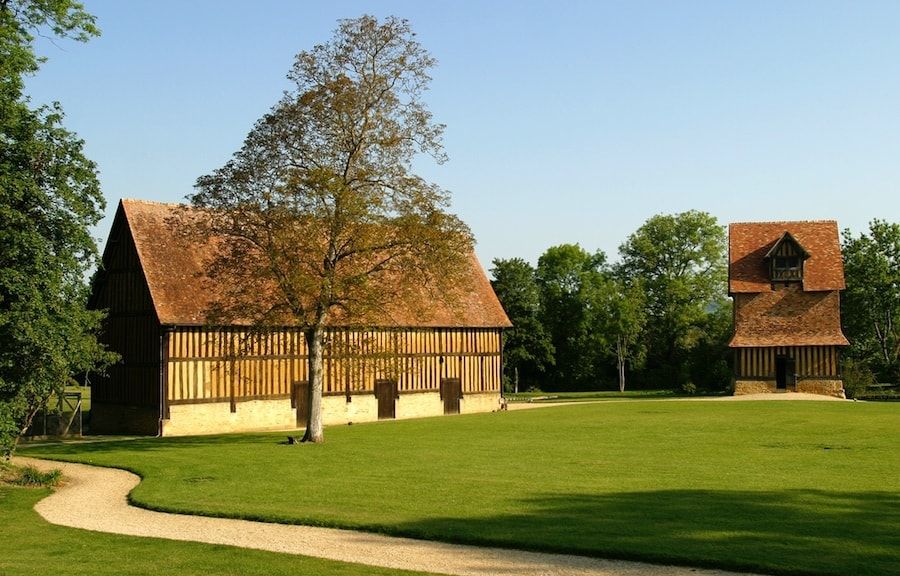 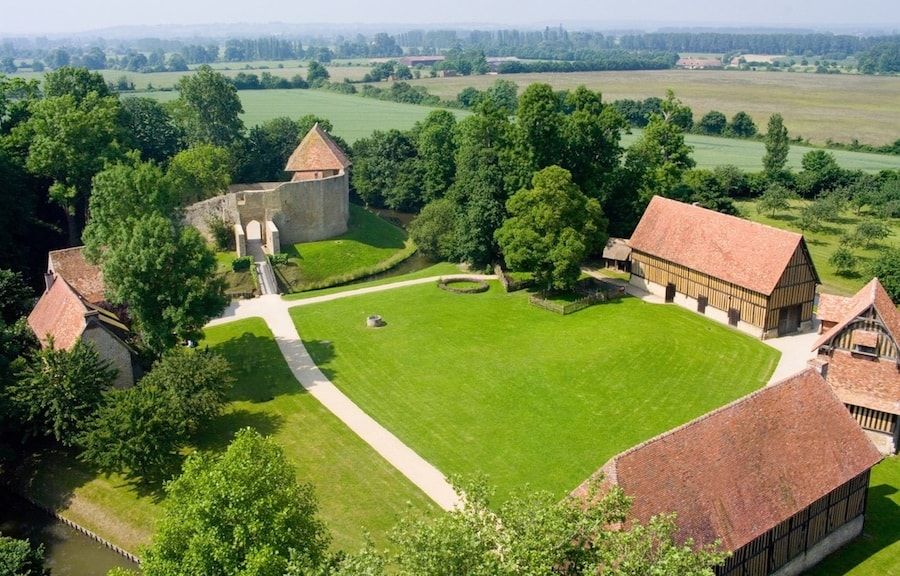 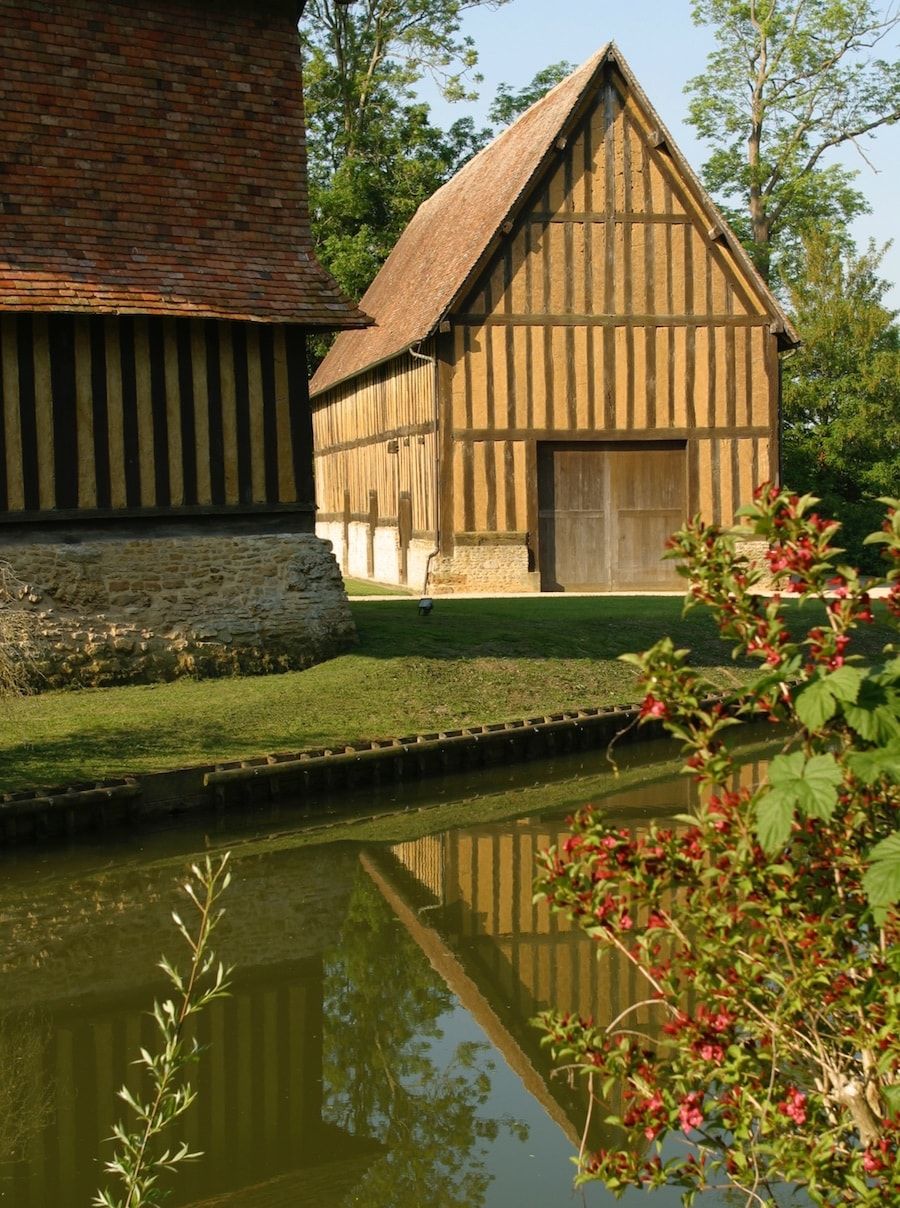 This barn is built on a stone basement wall, topped with fully vertical timber panelling. Reestablished in 1972, upon the site of a building destroyed in the 19th century, it was used as a barn, a stable and a press. This building used to be a tithe barn in the 16th century.

The castle lord’s chapel was generally located in the upper bailey. However, Crèvecoeur’s chapel is in the lower bailey, probably because the upper bailey was too small to house it. The chapel’s architecture recalls Roman art. It has lateral buttresses, strengthening the walls, with a fullcentre arch and inside, a half-round arch with regular indentations, above the entrance door. the bottom of the chapel and discover the wall paintings. In the 12th Century, walls were plastered. Wall paintings followed a geometrical pattern and false cut stones imitating more prestigious edifices. 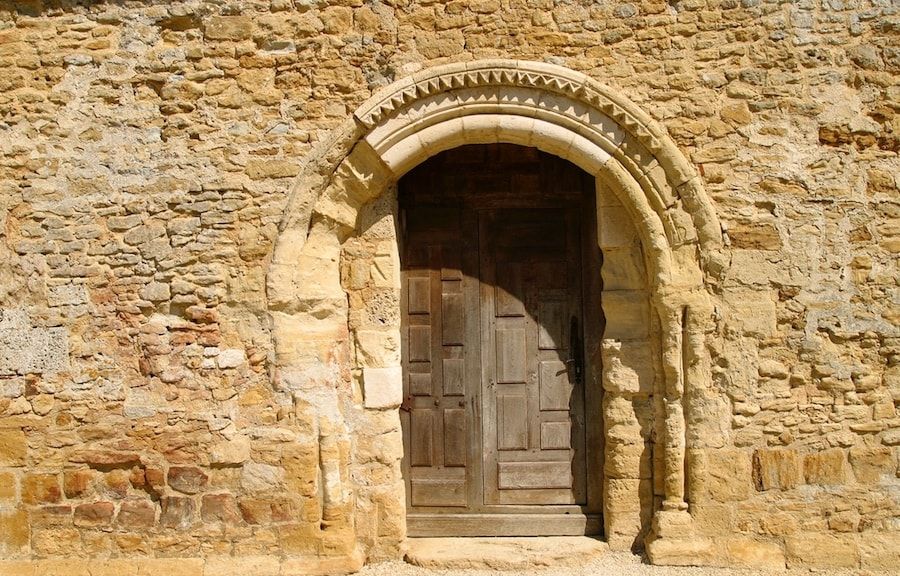 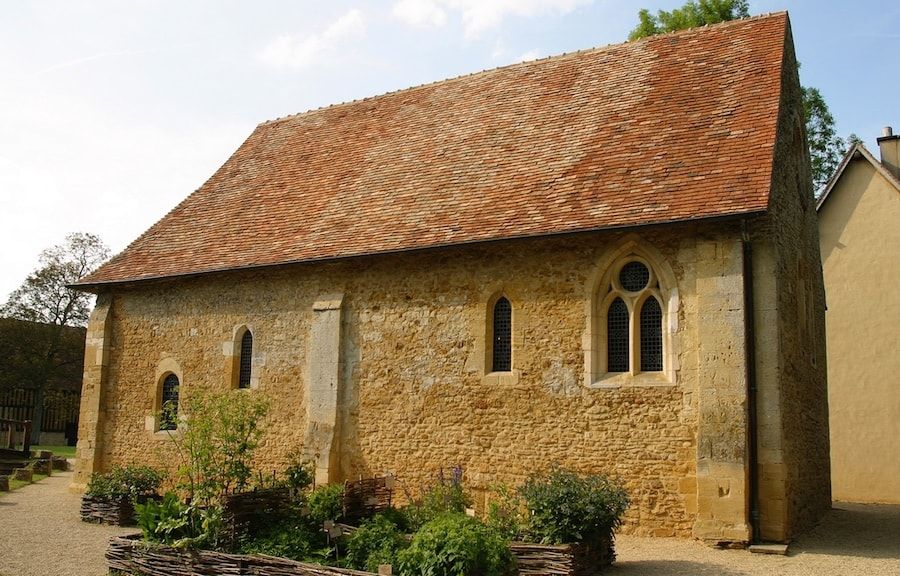 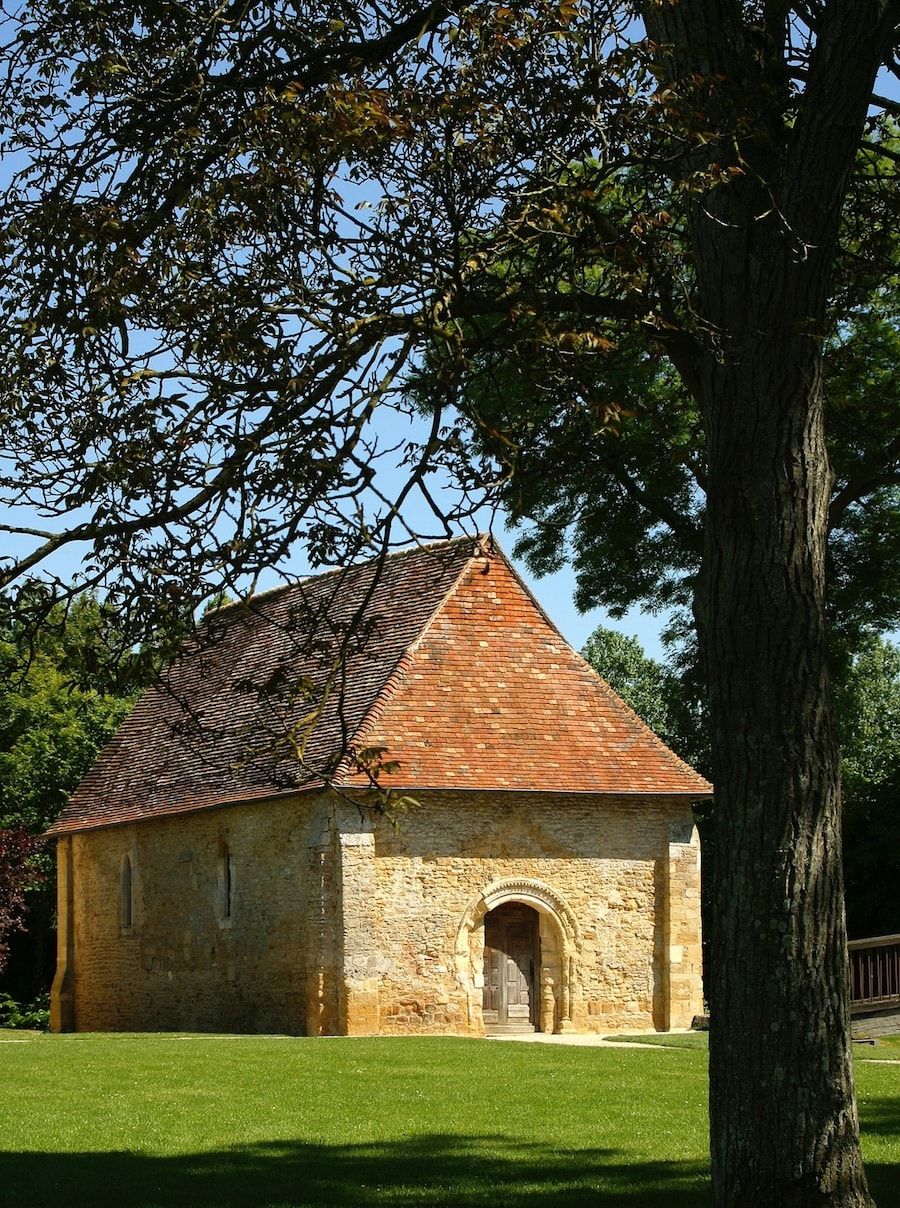 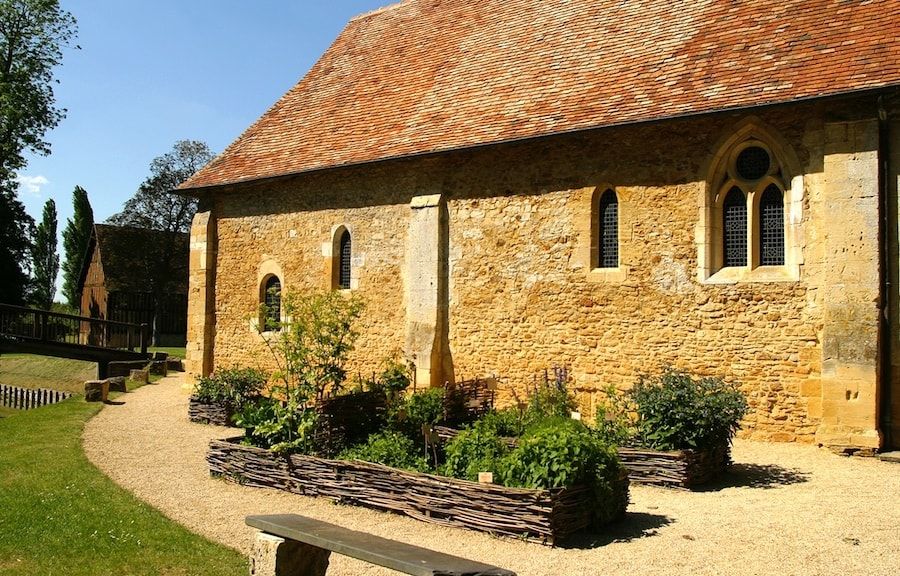 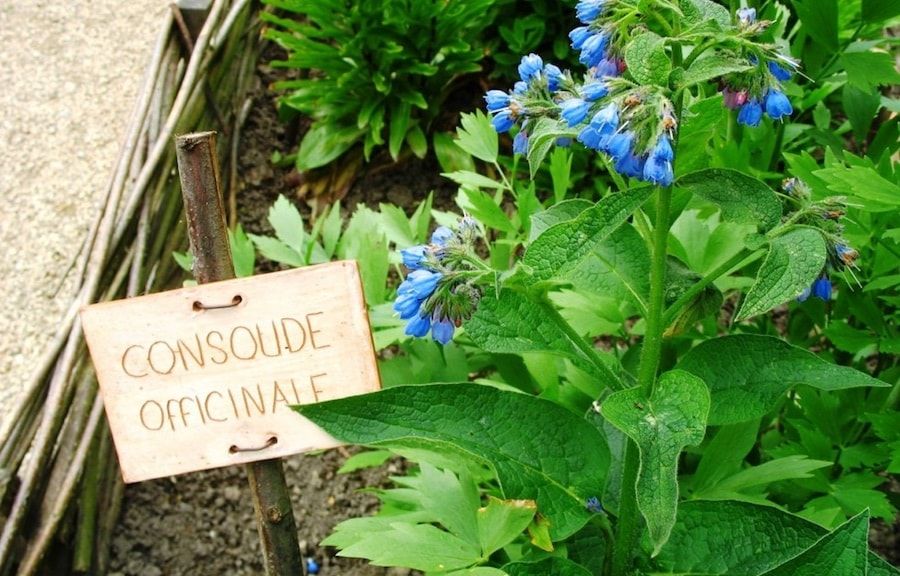 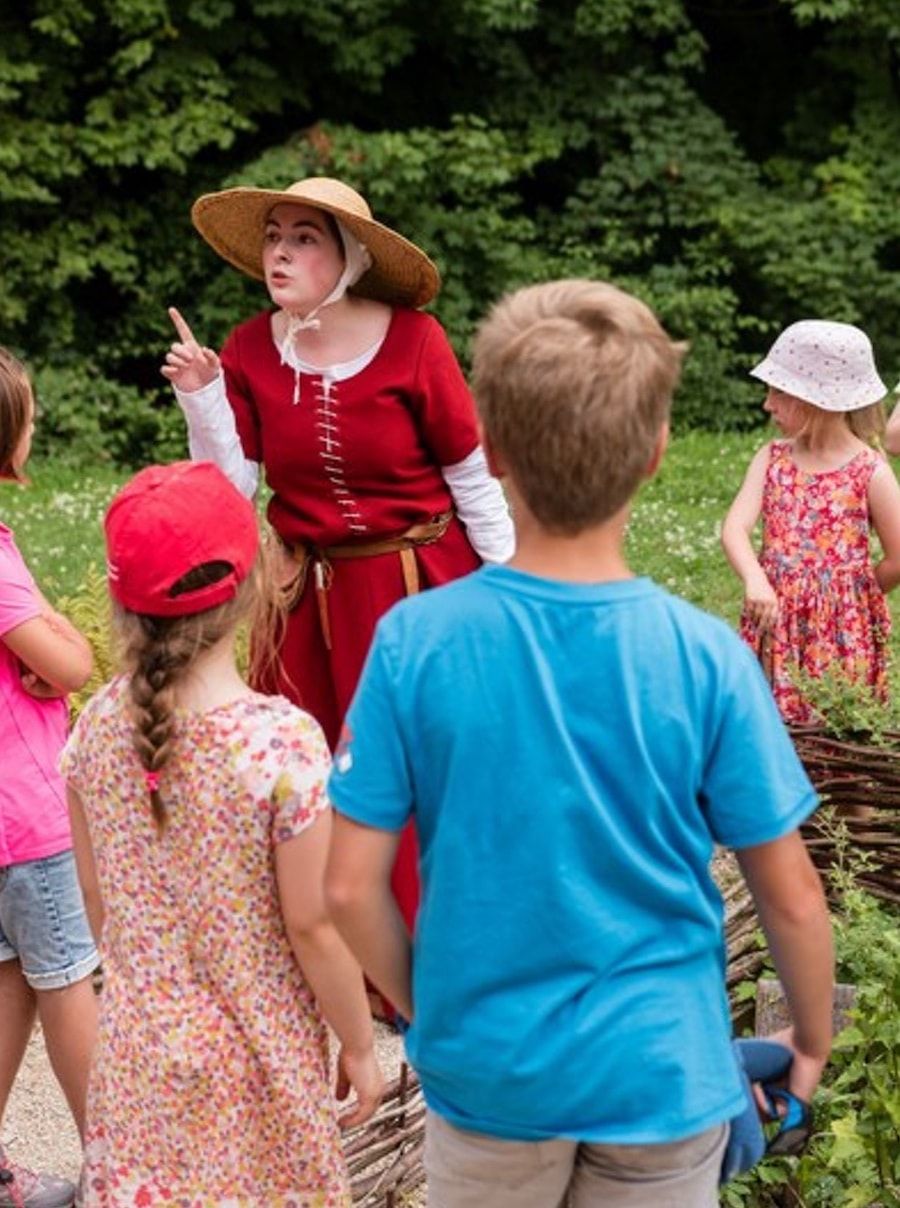 15th century lord’s dwelling was built on a basement wall, the upper floors are in vertical timber panelling with large slanting braced rooms, it leans against the curtain wall. Originally, an outside staircase led straight to the first floor.

The dwelling-place was inhabited until 1970. 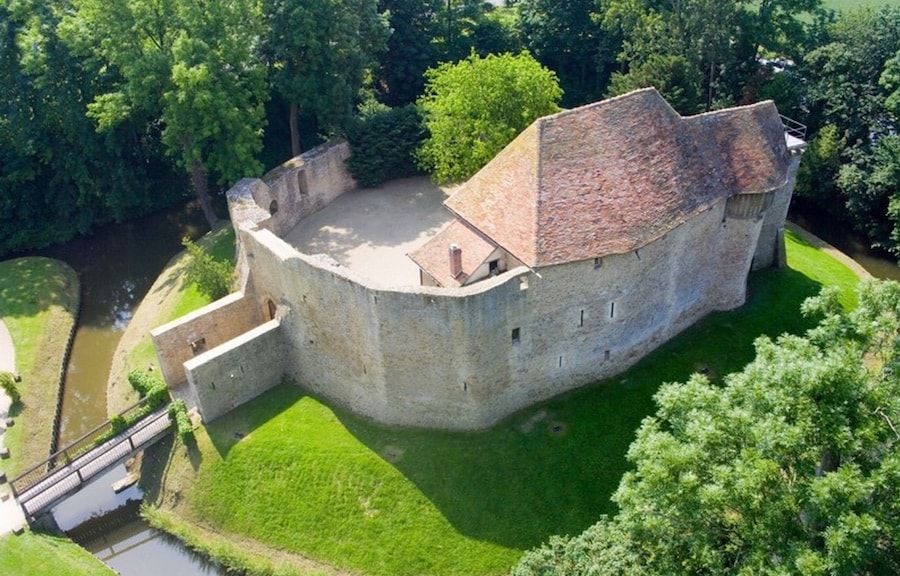 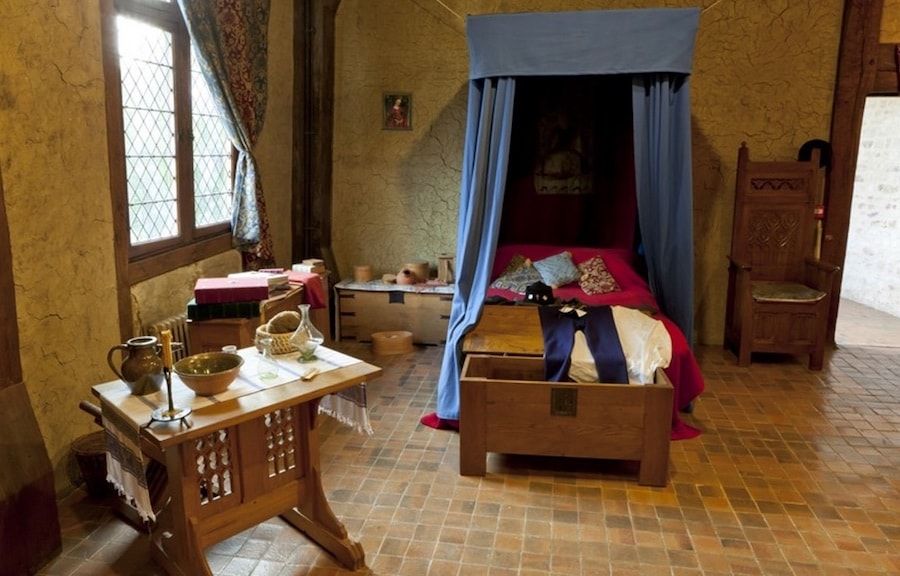 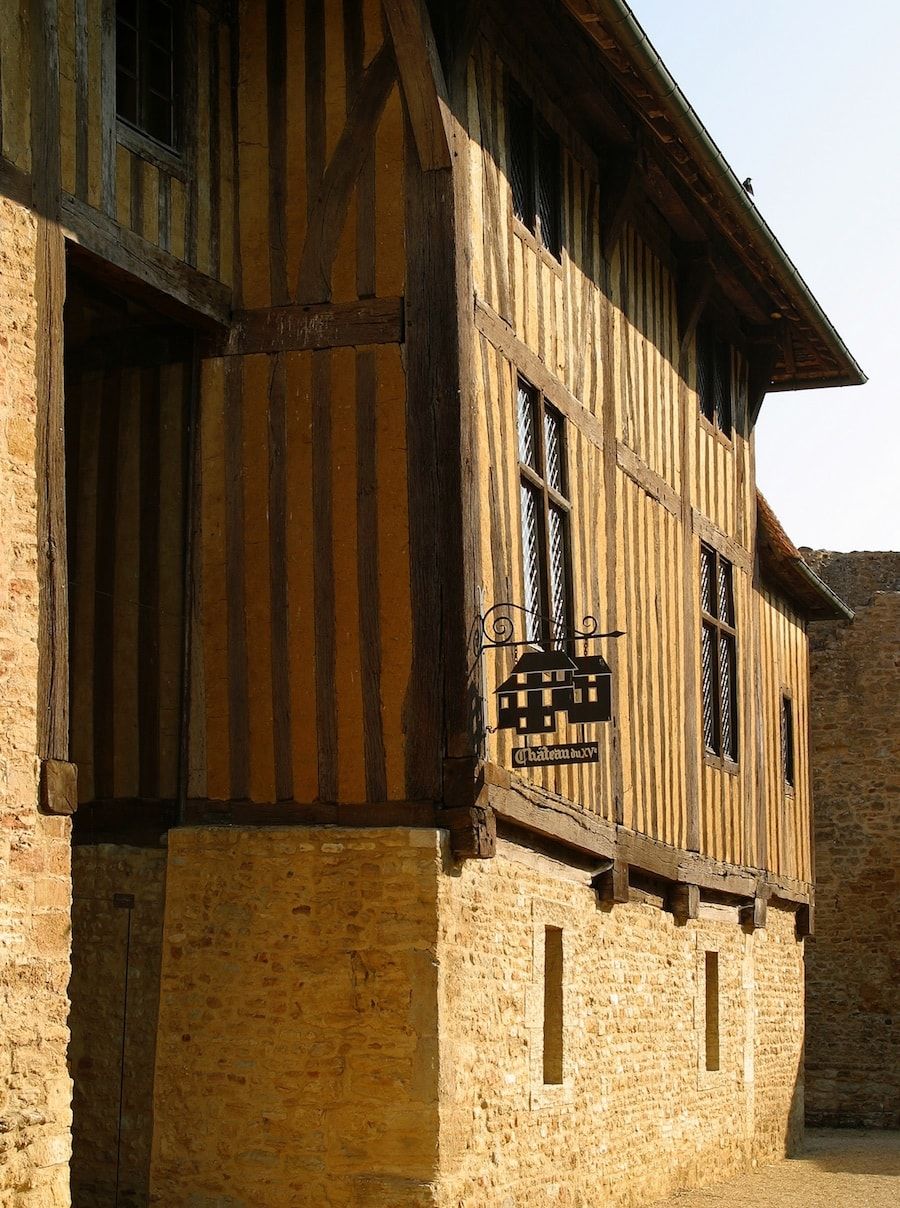